THE federal Environment Minister has confirmed he will honour marine park promises made to anglers in the lead-up to the election.

The Coalition’s recommitment to its election pledges comes as a senior Labor Party MP admits for the first time that the previous government’s anti-fishing policies were a mistake.

According to a press release from the Australian Recreational Fishing Foundation, the peak body representing angler interests nationally, Environment Minister Greg Hunt said the Government would come good on its promise to “suspend and review” the controversial marine parks process initiated by Labor and the Greens.

The Minister’s announcement came at a parliamentary breakfast organised by ARFF this week in Canberra. 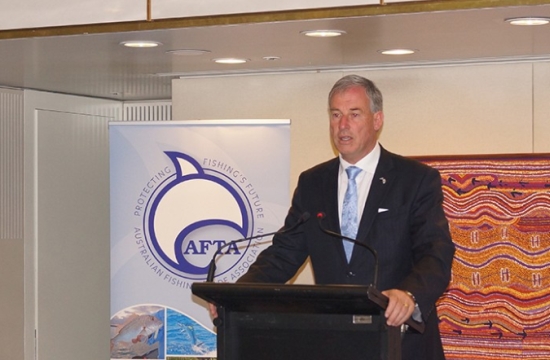 Parliamentary Secretary for Agriculture Richard Colbeck speaking at the breakfast. 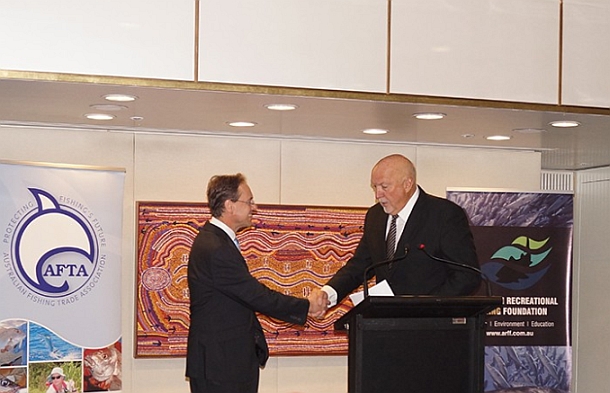 Senior ALP shadow minister Joel Fitzgibbon, one of four Labor MPs at the breakfast, said his party would “reconsider” its marine park policies in the aftermath of Tony Abbott’s landslide election win.

The former Labor government had planned to lock anglers out of more than 1.3 million square kilometres of Australian waters.

Minister Hunt said the review process would take up to 18 months with angling groups led by ARFF being guaranteed “close and genuine consultation”.

Other announcements made at the breakfast, which was attended by more than 100 federal politicians, government officials and recreational fishers, included plans for a Recreational Fishing Council to improve engagement with the recreational fishing community on key policy issues as well as the establishment of a “Friends of Fishing Parliamentary Group”.

Full details of the 2013 ARFF Parliamentary Breakfast can be found at:
http://www.arff.com.au/index.php/rss/30-government-recommits-to-election-promises-for-recreational-fishers