A RECENT trip to the Top End with my son Jack resulted in some down time while waiting for our flight back south. We’d spent the day jigging with Fisho writer Pete Zeroni (see HERE for details) and had arranged dinner with good mate Josh Ker, who runs Big Fish Graphics, before catching the red eye back home.

Josh picked us up from Pete’s place and offered us a quick tour of his factory before dinner. As something of a devotee of Josh’s shirts – they’re cool to wear, offer great sun protection and feature outstanding artwork – I was keen to see how they were made.

One of the great things about Big Fish shirts is that they’re 100 per cent Aussie made. The material is custom knitted in Melbourne and Josh prints, cuts and stitches the shirts in Darwin. Compared to cheaper overseas made garments, Big Fish shirts (plus associated product including Hats, Fish Headz and Jumpers) are very high quality. 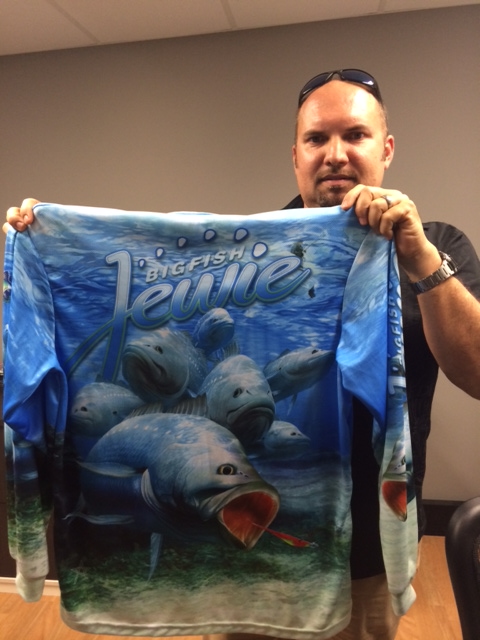 Most fishos probably have little understanding of the garment industry - and I am no exception. I had some vague notion about the Big Fish shirts undergoing some sort of screen-printing process. The reality of how these fantastic shirts are made is actually pretty interesting. Josh, a super keen fisho who had a successful career as a top-level surfer before heading to art school in Brisbane, explained the process as we toured through his high tech modern factory.

The first stage involves printing the artwork on special paper via water soluable inks. Josh has an array of printers in a separate temperature controlled room. The printouts, which are reversed, incorporate the basic outline of each individual shirt – front, back, arms and collars and so on. 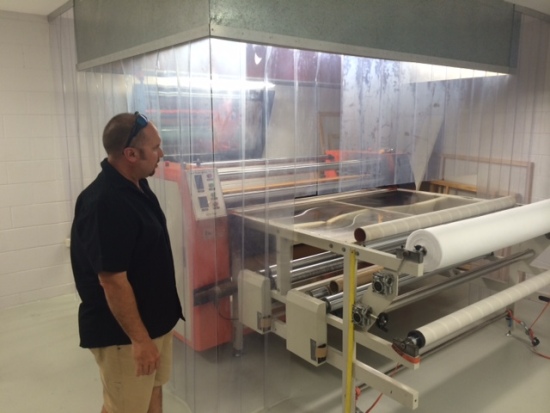 The material is then printed via a heat transfer process.

The print out is then taken to another room where a machine transfers the design to the material via a heat transfer process. This is a fairly intensive process as one printout equals one shirt. This heat process permanently bonds the colours and design to the material. The material is then hand cut and sewed up before being packed up prior to distribution of retailers and customers.

Josh currently produces about 800 shirts a week. Since demand – both in the local market and overseas - is growing at a rapid pace there are plans to increase production capacity. 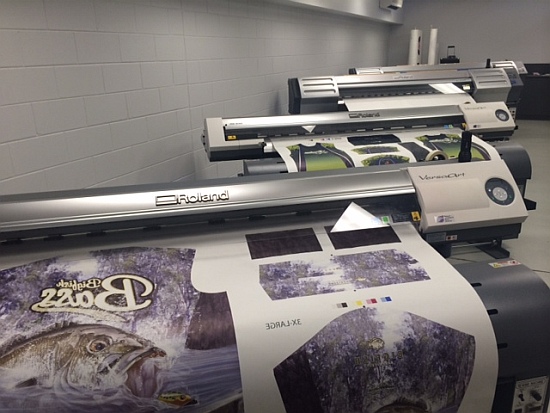 All the designs are printed in a temperature controlled room.

Josh and his team are also constantly adding new designs to the range. Popular current designs include the Flathead, Salty Barra, “Aussie Pride” and Black Snapper shirts. The newly released Mangrove Jack shirt is also doing well, Josh says. New designs due to be released soon include a fantastic coral trout, a red emperor and a school of mulloway. I’ve already put an advance order for the jewie shirt – it looks bloody fantastic! These new designs are all produced inhouse by a team of talented graphic artists. 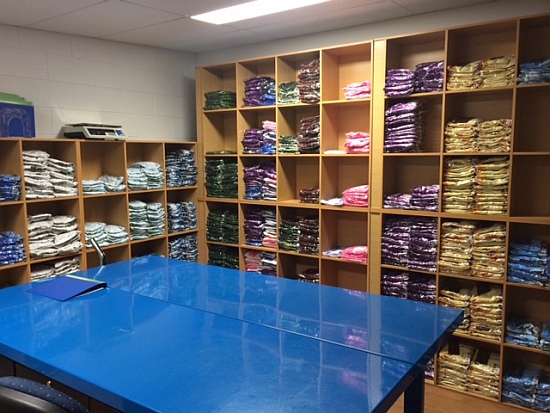 After being printed, cut and sewn, the shirts are bagged and sorted before being distributed.

As well as doing his own designs, Josh is kept pretty busy doing special order shirts for tackle companies, marine businesses and fishing comps. While there are cheaper foreign-made shirts available, Josh says the Big Fish products have become well known for their print quality, comfort and quality.

I’ve worn some of the cheap copies and find them hot, itchy and uncomfortable. It’s good, therefore, to know that Aussie companies like Big Fish Graphics are producing some of the best fishing clobber in the world! 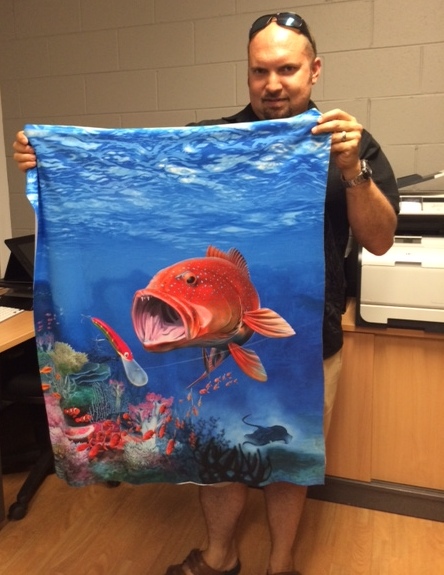 This spectacular coral reef design should be available pretty soon.

Find out more at bigfishgraphics.com.au.