OUR first marlin charter for the season saw clients Mick and Dean, who usually fish from their own boat Jag, on board.

On Viking II the boys had an absolute ball; we released a couple of small fish to whet the appetite and on day three jumped off our first big fish of the season.

Only thirty minutes into the last day of the charter a very large billfish had a soft bite on the tuna bait ... the second bite was a bit more aggressive and the line came tight. This big fish did an amazing set of jumps for her size, along the side of the boat. I saw enough to make me believe we were hooked up to our first grander of the season, and within thirty minutes we had this big beautiful black marlin on the leader. A couple of great jumps on the leader and she was released. 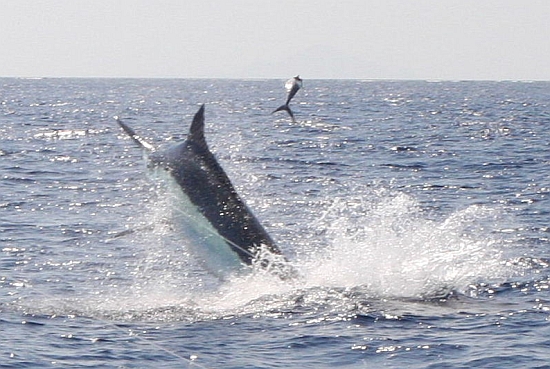 It was jubilation all round as it was big Deano's first grander and although a little out of breath his smile was from ear to ear.

I went back to my mark and again another nice fish jumped on. This time it was Mick’s turn in the chair and a solid eight hundred pound fish was released in quick time. What a great last day! We all celebrated back in Cooktown.

(Read details of Bill's second charter for the season here)

We were on to our third charter of the Cairns marlin season, and with two 1000lb fish already released on the first two charters of the season, I was feeling good about the 2013 season. There's nothing that gets me motivated like a run of granders and then just as everything is going great, Murphy’s Law kicks in ... we had to fish for three days on one motor due to a fuel pump breaking down on the port motor.

We were only catching small marlin around 300lb, so with a new fuel pump fitted I decided to head north to the Ribbon Reefs. Still, we only released "small" fish there.

The next day I had a feeling about No 8 Ribbon Reef, so we headed up there and gave it a solid day. We caught another small fish but persevered as I was marking some larger fish. By 5.30 pm it looked like it was all over for the day. Then it happened, a very large fish left a hole in the Coral Sea as if a 2nd World War bomb had exploded on top of the stinger bait. Another battle of the Coral Sea was on and after an epic battle we'd won, releasing, what I had no hesitation calling, our third grander of the season. 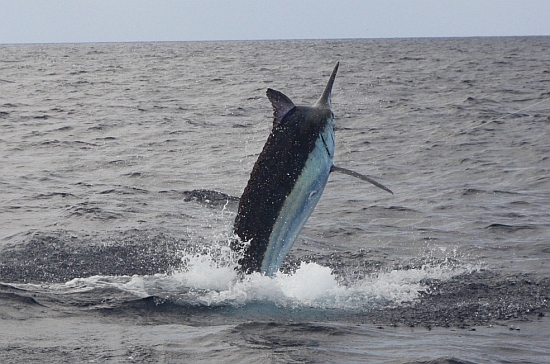 Our Texas clients were amazed at how huge this fish was, having only seen fish up to 750lb before, so they left Australia having achieved what they had travelled all this way for - a 1000lb black marlin.