NICK Reygaert is a passionate film maker and angler who has gained recognition around the world for his fly fishing feature films. He is also the man behind the annual RISE Fly Fishing Film Festival which is now in its ninth year and set to kick off in Australia this September.

FW: How did you first become involved in film making?

NR: I just fell into it really. I never went to film school or even read any books about film making. About a decade ago, I was sick of how bad fly fishing films were at the time. I kept waiting for someone to come along and start making good, adventure driven content. It never happened so I bought a video camera and decided to have a crack at it myself. During my travels I bumped into the Angling Exploration Group while they were filming Trout Bum Diaries, they needed an extra cameraman so I jumped in with them for a few months. Since then I have never looked back, one project led to another and the last decade has been a whirlwind of adventure and film making.

FW: Have you been inspired by other fishing film makers or more others in more mainstream film making?

NR: I am inspired by so many film makers its hard to think of them all at once. From the fishing world I was mostly influenced by Australian films especially those featuring Rod Harrison, I especially love the films of him exploring P.N.G. for black bass. Come to think of it any Aussie film or tv show with adventure in it from the '80s; Malcolm Douglas, Leyland Brothers and that old blaghard Alby Mangels. My favourite part of the Alby Mangels films was how he would turn up in some far flung place and bump into a gorgeous woman who he would then convince to travel with him. I spent most of my twenties traveling the world and I can tell you that never happened to me! Maybe I was just unlucky.

FW: Is film making a full time or part time gig for you?

NR: Full time, I am absolutely flat out all the time making films. I thrive in the creative process which is lucky because its pretty demanding, the last 8 years I've mostly been pulling 50-60 hour weeks. 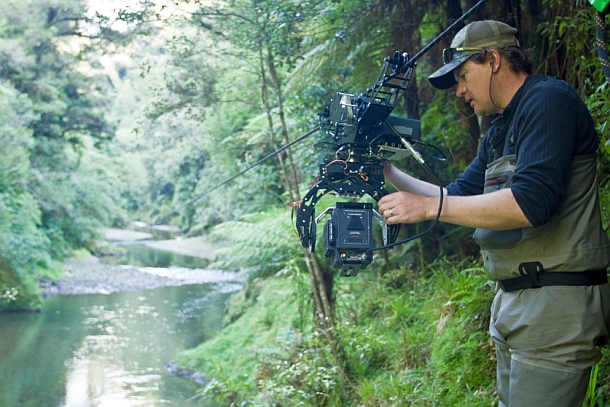 Nick on location in New Zealand.

FW: Are you also a keen stills photographer?

NR: Yep sure am, still photos were my springboard into the film world. In my teens and twenties I used an SLR and slide film, it taught me a lot about composition and light - the building blocks of good cinematography. Over the years I've had a number of front cover photos published for publications around the world. I've never had a Fishing World front cover but I live in hope.

For me the really fascinating development in the last few years has been the melding of digital stills and digital film to the point where DSLRs are being used for a lot of film work. High end digital film cameras are biting back at the DSLR market by enabling stills to be lifted from the movie files with remarkable results. Recently I have had several photos published that were originally shot as film. I predict that photography and cinematography will become the same discipline using a camera that performs equally well in both formats, the only limit will be your imagination.

FW: The RISE festival has grown year after year to become a well anticipated annual event in Australia and NZ. Any plans to go worldwide?

NR: We began to expand internationally with the festival in 2010. We now play in 14 countries in Europe and are about to add a South American leg to the tour.

FW: You've obviously visited some amazing fishing locations around the world while making films. Do you have a favourite?

NR:  I live in NZ and really love it. It is a paradise for a trout fisher, we have some pretty amazing snapper and kingfish fishing as well. However, when I want to go on a trout fishing holiday I usually go to the Western lakes of Tassie. It is definitely one of the most underrated trout fishing destinations in the world.

FW: Do you, or have you, pursued any other forms of fishing?

NR: Yes absolutely. I started my fishing life as a kid trying to catch black bream on bait out of the Swan River, I distinctly remember discovering that I could catch bigger bream with an unweighted bait than with a ball sinker rig. That led on to me sight fishing to bream with unweighted baits which eventually led to lure fishing. I guess I was always attracted to active angling - hunting fish rather than throwing a bait out and waiting for a bite.

FW: What is it that you particularly love about fly fishing?

NR: The simplicity of it. And also how easy it is. That might sound weird because a lot of crap gets written about how hard and complex fly fishing is; it is not hard at all. Of course like all fishing you need the right gear for each location but once you have that catching fish is pretty straight forward. For example, in NZ during summer I fish in board shorts, a shirt and have one small box of flies and a couple of small spools of tippet. I will walk a crystal clear stream and be able to spot fish from a long way as they actively feed close to the surface. I'll get in position behind the fish and flick a short cast of around 4m making sure to get the dry fly above the fish. If the fish is keen they will eat with a big head and shoulder take, delay the strike for a couple of seconds and boom you are in. What is so hard about that! I can tell you catching a bream on bait out of the Swan River is much harder. 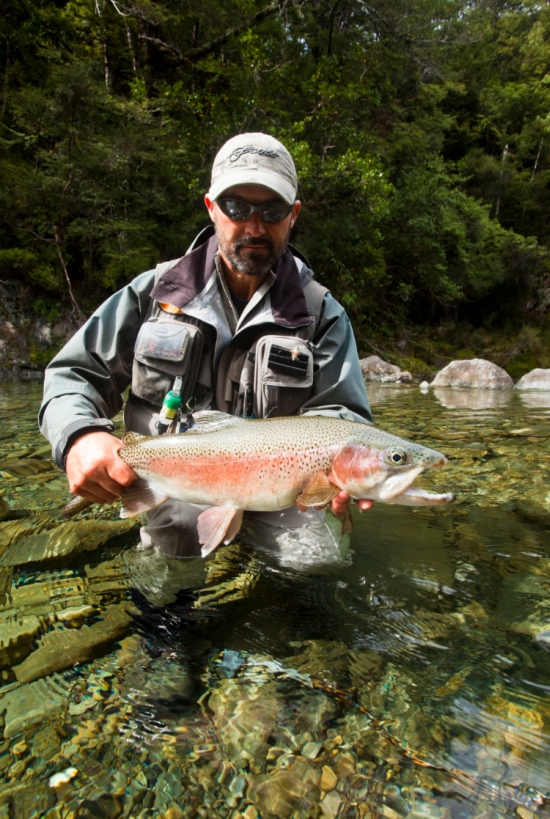 FW: Any plans to make films of other forms of fishing, or subjects?

NR: Over the last decade Gin-Clear Media has slowly evolved from a one man gig that only made fly fishing film to a boutique media house that takes on numerous projects including advertisements for corporate clients, aerial filming and motion graphics, although fly fishing films still remain our core business. So there is certainly scope to make fishing films beyond fly fishing but as yet no set plans.

FW: Of which of your films are you most proud?

NR: PREDATOR, which is the film that precedes LEVIATHAN, has been our most decorated film to date. It won the "Drake Best Movie of the Year 2012" and the "IFTD New DVD Best in Show" awards which are probably the two biggest annual awards to be won for a fly fishing film. I'm pretty proud of that, especially considering that they are global competitions. So its probably my favourite of all our films, there is also some ground breaking footage in that movie that I'm particularly proud of. I did watch The Source - New Zealand the other day, that was a movie that I really enjoyed making, mainly because we got really lucky and caught massive trout wherever we went. The buzz of getting those fish really rubbed off on the film and it's got a nice vibe.

FW: How important is the editing process in making a quality film?

NR: Post-production is by far the most time consuming part of making a film. The largest part of post-production is editing but in my opinion it is the other parts that can really lift the quality of a film. These are the often forgotten disciplines of sound design, audio mix, colour correction and motion graphics. If you can get all of these elements to work cohesively you can completely immerse the audience in the narrative - that is the kind of powerful film making which I aspire to.

FW: What sort of gear do you use to produce a film these days and what did you start out with?

NR: Last week we finished production on our new film, Backcountry - North Island. During filming we mainly used a Red Epic-X camera with Canon L Series lenses. The backup camera was a Canon 5D. Aerial footage was shot with the remarkable Cineflex System which is a 5 axis gyrostabilized camera mount, it allows us to pan and zoom while flying around at very fast speeds. This is a lot more gear than what I started with, back then it was a Canon XLS mini-DV camcorder and a small tripod.

FW: What advice would you give any budding fishing film makers?

NR: If you want to pursue a living in making fishing films then you need to be extremely passionate about it. Passion and dedication are the only things that will drive you through the hard times; the lack of money and long edits etc. The huge bonus of loving your work is that if it does all go tits up, at least you had a great time doing it.

NR: At the moment I'm just concentrating on finishing the edit on Backcountry - North Island, although there is almost certainly going to be a follow up film on the South Island.

FW: Thanks for your time! 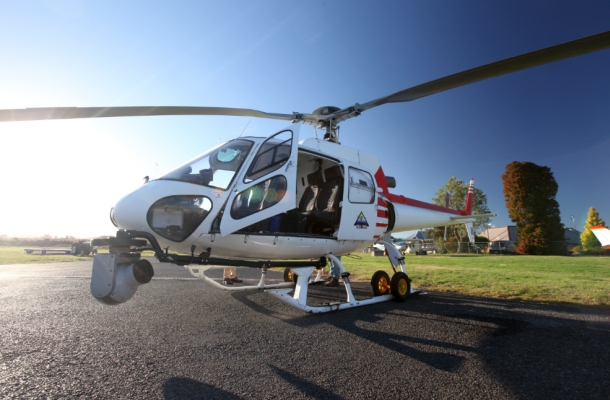