ANOTHER tournament has been run and won and congratulations to Capt. Ross and the boys on Topshot.

As for Viking II, we had a wonderful tournament with the big fish again.

Day 4 of the tournament, and I had a hunch about Heartbreak Corner. This location had worked for me before and I was about to give it a shot again. So far this season we have caught three granders from three charters. Could we make it four from four during the tournament? ... just as if I'd ordered a pizza, a big girl engulfed a bait, then her male companion also decided to have a feed - a double header!

We had Rick Pollock in the chair and Jim Wild in a stand-up harness on the smaller marlin, but unfortunately Jim lost his footing and the rod hit the covering board so I had to disqualify the fish. No point in wasting time so I ordered the crew to cut the fish off.

I immediately turned my attention to the big girl, and after a fairly short battle between angler and fish, we had our fourth black marlin over 1000lb for the season.

Rick’s day was not finished, and two hours later Rick was into another nice fish - we called it 850lb - which we tagged and released. This gave us the daily award for most fish tagged on day four of the tournament. We were back in the hunt. 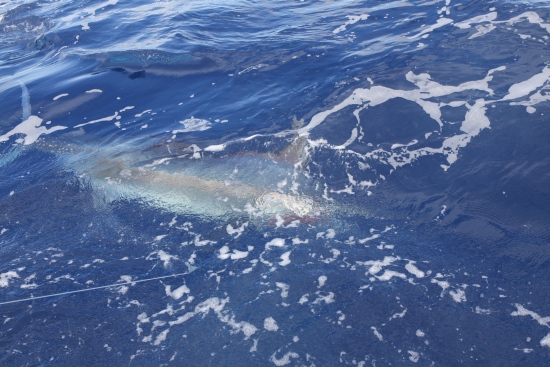 Then our luck changed. We were still finding fish and getting bites, when everything that could go wrong did. A backlash from a crazy bite certainly had the frustration building. Then I was amazed to see another big girl eat a tiny scad bait, and somehow the circle hook missed its mark...

Our luck turned with only half an hour left to fish on the last day of the tournament. Jim Wild released an 850lb fish which put us all on a high to end the tournament.

The presentation night was one to remember, and thank you to our anglers Jim Wild and Rick Pollock from the US and our crew, Westy and Carl. 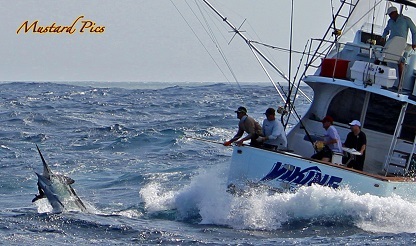