LAST Sunday's Sofala Carp Blitz in central western NSW saw 179 registered anglers try out their fishing skills against the carp in the Turon and Crudine Rivers.

The carp definitely came off second best during the event, with a total of 215 fish weighed during the day.

IF winners are grinners then it would seem many parents, grandparents, uncles, aunties, brothers, sisters, cousins, kids and their friends were indeed winners on the day. Fish started arriving at the weigh-in point early with five year old Lithgow angler Tom Gordon weighing in a huge 7.13kg carp which looked likely to be the biggest for the day.

Many other big fish hit the scales during the event which had people guessing if they'd also tip the scales over the 7kg mark.

With a large crowd gathering late in the day there was plenty of noise and excitement when the Robinson family walked through with their bag of big fish. 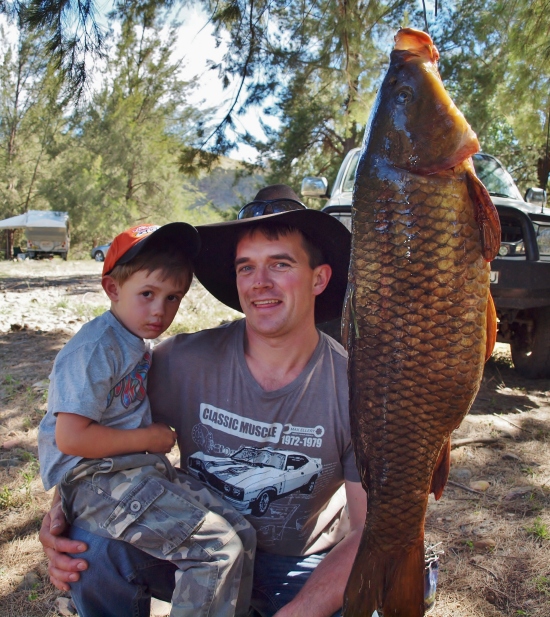 Sixteen year old Brendan Robinson had the onlookers cheering when his huge carp pulled the scales down to 8.42kgs.

Anticipation was building, with anglers who had already weighed their fish, watching on as other anglers arrived with heavy looking bags to weigh in before the 4pm deadline. As each bag of fish was weighed and added to the tally it appeared unlikely that Brendan’s fish would be topped. 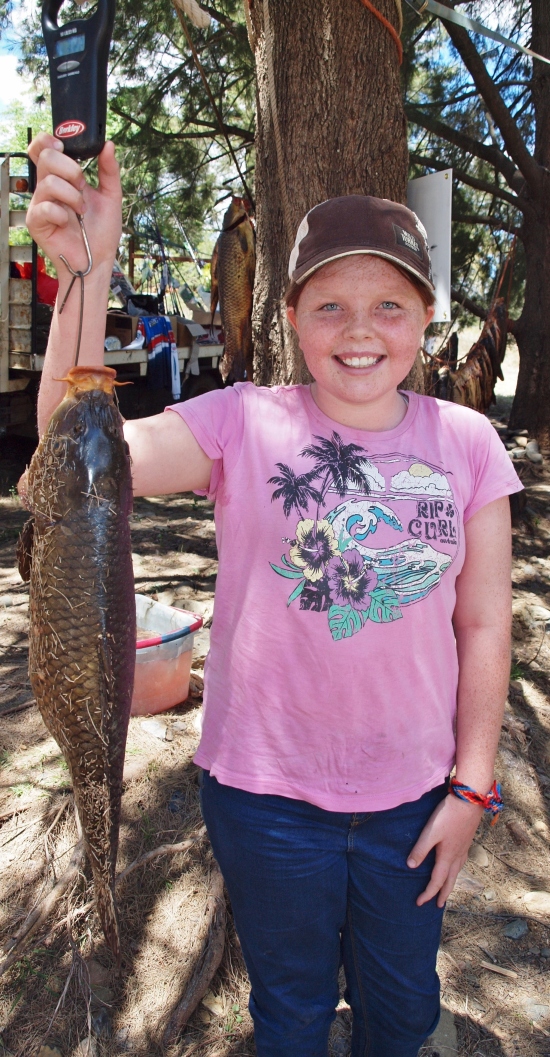 10 year old Lilly Crowe weighing one of her fish.

Cruz Farrer was victorious in the eight year olds; Ryan Roberts was a winner in the nines. Lilly Crowe won the 10 year old category, Michael Martin the 11, and Jack Healy was the winning 12 year old.

Mitchell Robinson took out the honours in the 15 year old group.

Biggest carp by an adult went to Penny Murphy in the ladies group and Peter Robinson in the men’s. Biggest bag of carp was won by Troy Benson with 19.

The fly fishing category saw Sally Hanrahan take out the ladies' and Peter Hanrahan, the mens'. Nine year old Daniel Martin was closest to the secret weight of 4.7kgs with his 4.68kg carp. 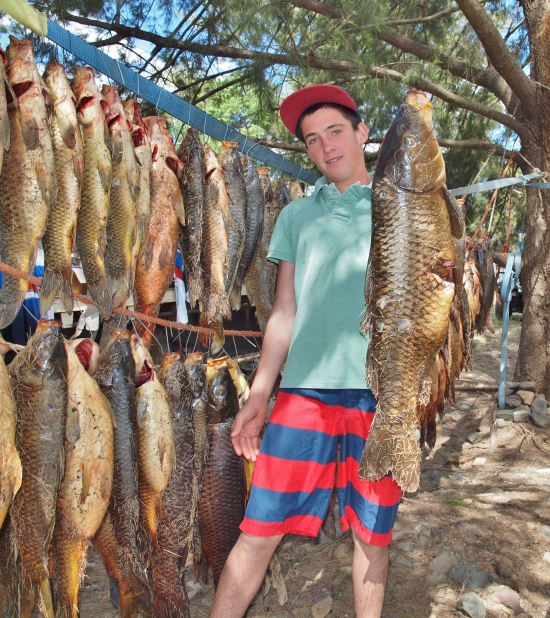 Sofala branch of the central acclimatisation society president, David Campbell, said “this year's Sofala Carp Blitz was a highly successful event resulting in just over half a tonne (545 kilograms) of carp being removed from the Turon River system, with the money raised on the day to go towards re-establishing native fish into the Turon River. It was great to see the amount of families with grandparents to youngsters participating and having fun fishing all for a good cause”.

The raffle results were: 1st - Ian Halley who won a 12v fridge freezer; 2nd Pete and Sandra - accommodation at Turon Gates; 3rd - the Healey’s who won the gold nugget; 4th Jodie and Stalky - a load of firewood;  5th - Garry Ellis won the hamper.