STUDIES carried out by NSW DPI have demonstrated that snapper are very resilient to the effects of barotrauma when catch and release fishing, provided they can get back down to depth. The most effective way to do this is to use a release weight.

The video - filmed on the Fishing World Bar Crusher at a reef off Greenwell Point - shows a number of snapper caught from 25-35 metres and being returned underwater using a release weight and a pole mounted camera. You can see the last snapper visibly becoming thinner as the expanded gases contract as the fish gets deeper in the water column.

Release weights may be purchased from tackle shops or made using a large snapper sinker and a barbless hook.

For more information on barotrauma or how to make a release weight: www.dpi.nsw.gov.au/fisheries/recreational/info/catch-and-release#Barotrauma

Note: The pole in shot was used to ensure the camera remained steady, normally a release weight would simply be tied directly to heavy mono e.g. 80-100lb. 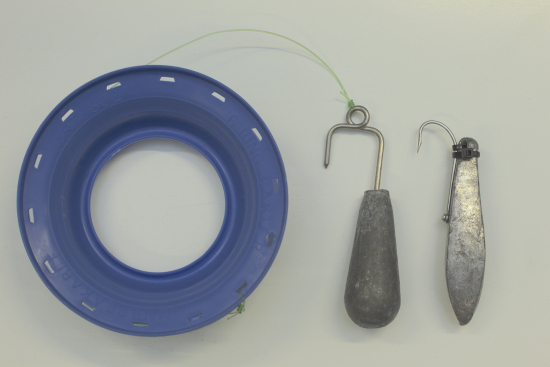