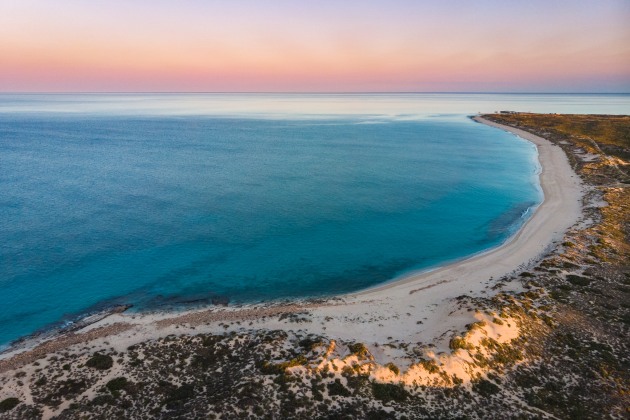 EXMOUTH has been on my bucket list for a long time; the crystal clear water and shallow reefy sand flats of this northwestern peninsula are very appealing for a keen landbased fisho. Mix in the possibility of hooking some hard fighting pelagics and demersal species and you have a fishy utopia! 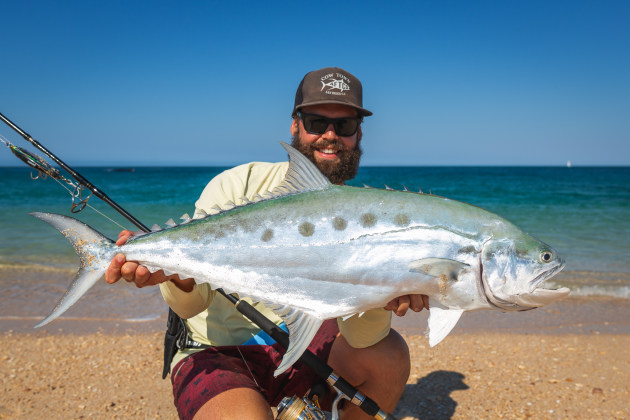 One fish I have been eager to catch in Exmouth is a spangled emperor. These fish look impressive, go hard and taste great! Thankfully, I was able to tick one of these fish off the list pretty quickly once meeting with (temporary) local, Josh Finlayson. 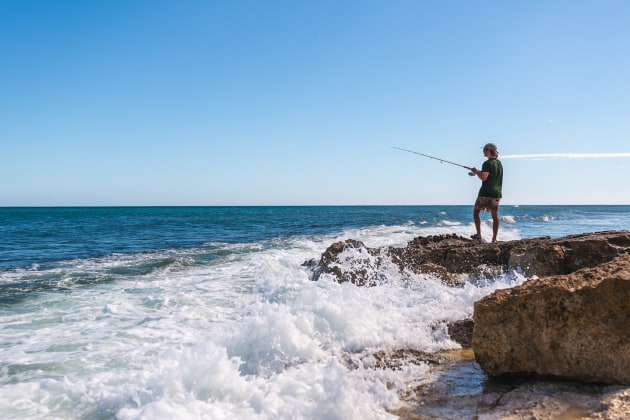 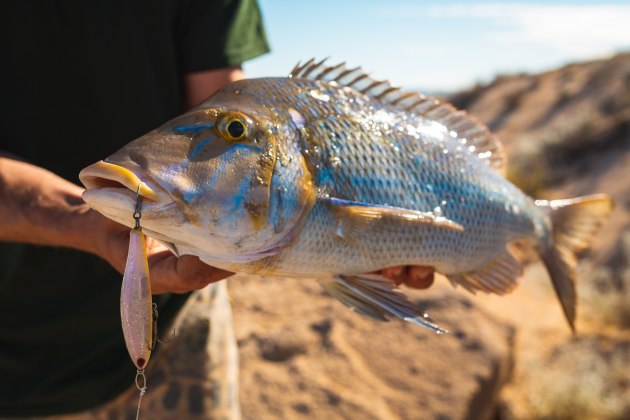 Spangled emperor also share the same hunting grounds as many types of trevally and demersal species such as golden trevally and coral trout. 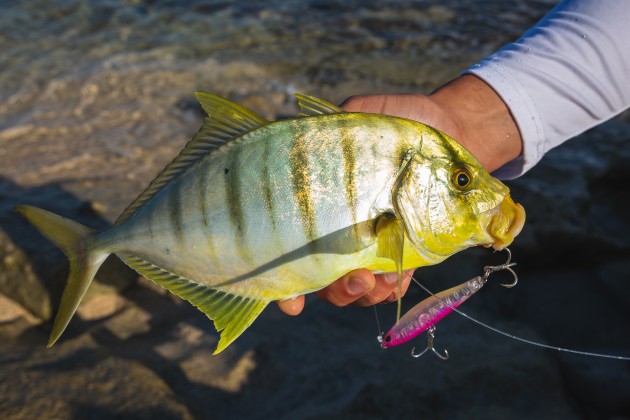 The eastern side or the gulf of the Exmouth Peninsula is also very productive for trevally and queenfish. There's also plenty to see on the land while wandering up the beach of the Gulf, including: emus, dingos and colourful yellow ghost crabs. 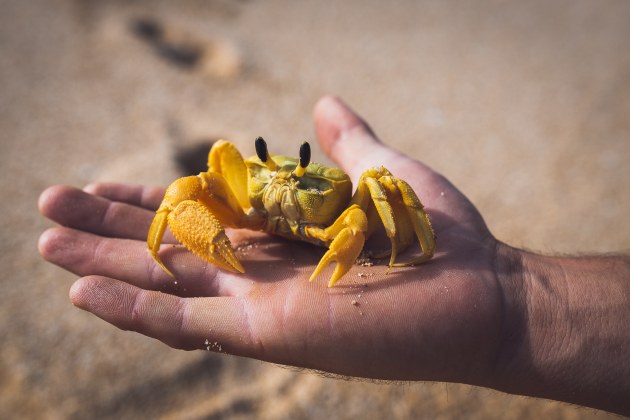 There’s no doubt Exmouth is full of marine life with world class light tackle landbased fishing right through to heavy tackle gamefishing. A must for Aussie fishos! 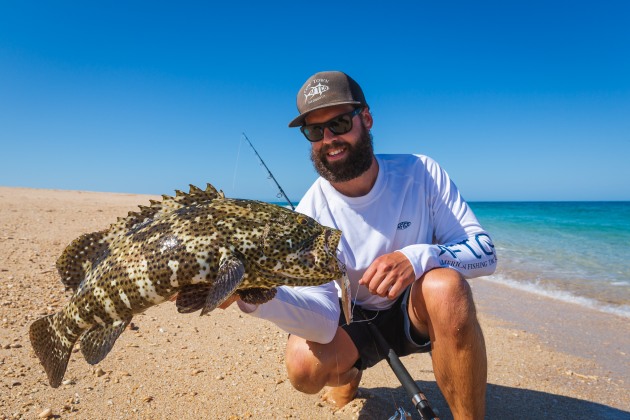